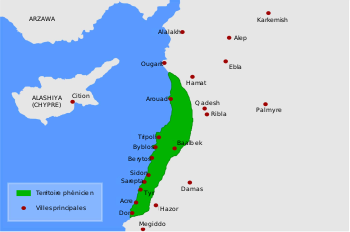 Almuñécar is a city that is part of the Andalusian coast. This coast is known as the Tropical Coast, thanks to its beaches, warm climate and tropical and subtropical vegetation. It is a unique area in Spain and Europe.

Almuñécar is a Spanish municipality of 21.420 inhabitants located on the Costa Tropical between the mountains and the sea in the province of Granada, on the Rio Verde, in the Granada part of the Costa del Sol in the Costa Tropical comarca at an equal distance of 75 km from Granada and Malaga. .

Temperatures do not drop below 16 degrees in winter and rise above 35 degrees in summer. The range of water sports is extensive and includes courses in diving, sailing, windsurfing, kayaking, jet skiing, day trips and nautical charts. It also has a marina where boats can be hired or docked.

In addition to its 19 kilometers of coastline divided into 26 beaches, for nature lovers Almuñécar has a nature reserve, where it is possible to practice a range of outdoor activities such as hiking, mountain biking or paragliding.

Among the many festivals in Almuñécar, the celebration in honor of the Virgen de la Antigua is noteworthy. On this occasion the citizens remember the victory of Lope de Valenzuela in 1569, thanking the miraculous intervention of their patron saint.

The procession takes place at night on the sea and ends at the beach of Puerta del Mar. Numerous boats are embellished to accompany the Virgin along the way. The festivities end with fireworks in the peñones del Santo.

Built in the XNUMXst century AD, together with the salting factory, the Roman aqueduct is the largest and best preserved of those left by Roman culture in Almuñécar.

It supplied water to the Roman city of Sexi, (ancient Almuñécar). Later it was used in the Arab acequias system. Currently some of its sections are still used by the traditional irrigation system.

Absolutely not to be missed is the Almuñécar Aquarium composed of 20 tanks that house about 3.500 specimens belonging to about 200 species.

20 golden specimens (Sparus aurata) joined the numerous species that already existed in the Oceanarium. The adaptation was perfect, both by the new tenants and by the existing ones: bull sharks, minnows, groupers, corvina, horse mackerel, triggerfish, bream, sea turtles who have already become accustomed to their new colleagues.

The exit was made after several weeks of acclimatization in the medical pool of the Oceanarium.

In addition, about 50 jellyfish (Aurelia aurita) born in the park are already in their new aquarium.

Of the ancient castle of San Miguel, only a few watchtowers are preserved near the coast, as well as arches, cisterns and other constructions. Today it houses the museum of the city of Almuñécar.

In the park it is possible to visit a Phoenician necropolis and the remains of salting factories dating back to the 120th century BC as well as an important collection of tropical plants and XNUMX species of birds.

Almuñécar descends from the ancient Phoenician-Roman colony of Sexi. The inhabitants of Almuñécar owe to the Phoenicians a well-structured city with a thriving economy based on the salting of fish and their own currency.

Later the Romans developed the city from an architectural and economic point of view and improved the fishing sector.

In the year 775, Abderraman I landed on the beaches of Almuñécar and founded the Caliphate of Cordoba, renaming it Hisn-al-munecab.

At that time Almuñécar was already a strong point on the coast, even if one cannot speak of a real city until the XNUMXth century.

The city had a port, neighborhoods, suburbs, markets and a large mosque. Almuñécar was a constant target of Turkish pirates for centuries until it was conquered by the Catholic kings several centuries later.

Nowadays Almuñécar has experienced spectacular economic and urban growth thanks to tourism.

The exceptional climate has allowed for almost a century the cultivation and marketing of tropical fruits such as chirimoya (with designation of origin), mango and avocado.

There are many quality fish that can be found in the markets and consequently the paella is a typical example of the local cuisine with seafood.

There are many restaurants available to visitors, both on the beach and within the city.

Alamedilla, a town with a very ancient history ❯