Quality products from Granada and its province 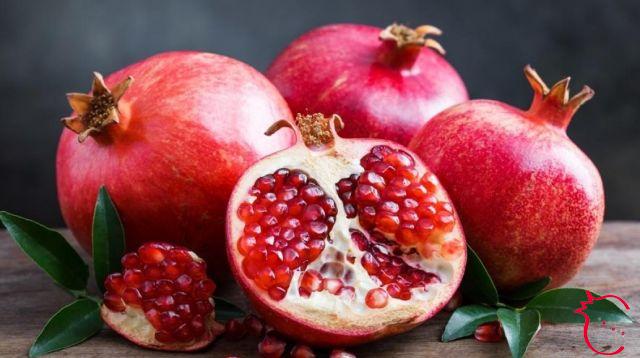 Are you curious to know what are the quality products of Granada and its province?

A list of some DO and PGI products from Granada and its province!

In 2009 the wines of Granada obtained the Designation of Origin (DO), thus recognizing the effort made in recent years by the winemakers of the province to produce wines of excellent quality.

In the province there are more than 60 wineries that cultivate 5.500 hectares of vineyards, producing between 30 and 40 million kilos a year. Everyone will have the opportunity, if they meet the required quality requirements, to be covered by the new level of protection "DO Quality wines from Granada".


The "Quality Wines of Granada" establish that the processing, cultivation and bottling will be carried out exclusively with grapes of the following varieties:

Olive oil from the mountains of Granada (Designation of Origin)

This extra virgin olive oil has a fruity aroma and flavor, slightly bitter and full-bodied in the mouth. Two qualities are produced: intense fruity and soft fruity.

Olive oil from the Ponente of Granada (Designation of Origin)

In the 2003th and XNUMXth centuries a great olive-growing tradition was already known in Loja, Montefrío and Íllora. A production that will increase over time and whose quality has earned it its own Designation of Origin, granted in XNUMX. These are extra virgin olive oils, with aromas and flavors of fresh fruit.

Chirimoya of the Costa Tropical of Granada (Designation of Origin)

The Designation of Origin includes the chirimoya grown in the coastal strip of about 100 kilometers, where, thanks to the subtropical climate, mangoes and avocados are also produced. This quality certification includes the municipalities of Motril, Vélez de Benaudalla, Los Guajáres, Molvízar, Ítrabo, Salobreña, Otívar, Lentejí, Jete, Almuñécar and others located in the province of Malaga. Two varieties of this native South American fruit are grown, with most of the production (90%) in Jete. It is light in color, with an average weight of about 250 grams.

Honey of Granada (Designation of Origin)

The tradition and the good work of honey producers have made Granada honey a genuine product. Currently, around 40.000 hives are spread from the high peaks of the Sierra Nevada to the coast, valleys and plains of Granada.

The history of the Specific Quality Denomination of Trevélez Ham dates back to 1862, the year in which the national gastronomy competition was held and the winner was chosen, giving Queen Isabella II of Granada the privilege of stamping her crown seal on this tasty Ham.

The fame it has obtained is largely due to its particular salting and seasoning process, carried out in a completely artisanal way. The meat is coated with sea salt in a proportion of one kilogram of salt per kilogram of the animal's leg for a few days, after which it is washed and hung during the coldest three months of the year. Maturing begins in the warm season.

After about six months it is the turn of aging, the last part of the process, and it occurs during the following months of autumn and winter. The macrobiotic flora that develops at certain heights influences the fermentation process of Trevélez ham, giving it that particular flavor, less salty than other hams of similar quality.

The quality designation imposes a number of requirements. The hams must come exclusively from Landrace, Large-White and Duroc-Jersey breed or from their crosses; they must be cured in a natural area with certain factors of altitude (over 1.200 meters), temperature and humidity. The cities that fall under this appellation are Trevélez, Juviles, Busquístar, Pórtugos, La Tahá, Bubión, Capileira and Bérchules.

West of the Vega of Granada a violet-green asparagus is grown. It comes from native varieties selected in the western Granada area for many centuries and is planted, as well as in Huétor Tájar, in the municipalities of Loja, Salar, Villanueva de Mesía, Moraleda de Zafayona and Íllora. Asparagus is sold fresh or canned. Asparagus is ideal grilled, boiled or scrambled with eggs.

The characteristics of the meat, pink, tender and juicy, and above all the poor smell and the characteristic taste of the lamb, are distinctive characteristics that make this lamb unique. Segureño lamb is raised in five provinces: Granada, Almería, Jaén, Albacete and Murcia. Of the 144 municipalities included in the Protected Geographical Indication area, 47 are located in the province of Granada. Currently, in the Granada area of ​​the Protected Geographical Indication, there are about 1.500 breeders who raise 265.000 head of cattle.

Alfacar's bread is unique. It is a traditional bread made from flour, mother mass fermented in the production area, water from the source of the Fuente Grande aquifer, yeast and salt. A good fermentation requires a balance between humidity, pH and temperature. This phase is art and experience. It takes at least two and a half hours, and up to four hours, to make homemade Alfacar bread, from mixing the ingredients to the end of cooking. The Alfacar bread PGI includes the production area of ​​the municipalities of Alfacar and Víznar.

add a comment of Quality products from Granada and its province