Alamedilla, a town with a very ancient history 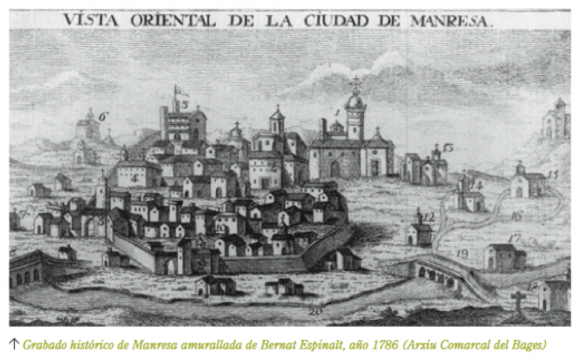 If you live in Granada or are visiting the Andalusian province we suggest you visit Alamedilla, a country where the first human settlements date back to the Paleolithic and Neolithic times.

Alamedilla is a Spanish municipality of the Autonomous Community of Andalusia.

Located in the center of the Guadahortuna river basin, on a flat land surrounded by low hills, Alamedilla is one of the municipalities of the province where the human presence in prehistoric times was more ancient and important.

This is attested by the remains found in the Cortijo del Hacho, corresponding to a necropolis from the Bronze Age, dated about 2.700 years ago.


On the origin of the name of Alamedilla there is a double interpretation. On the one hand, there are those who relate it to the abundance of poplars in the area, hence the diminutive name of alameda. On the other hand, it is widely believed that the origin of the name Alamedilla must be found in the Arabic word alminar (tower of a mosque), first transformed into Almedinilla and then become the current Alamedilla.

However, neither of these two versions is sufficiently documented.

From the municipality of Alamedilla it is possible to observe a landscape in contrast between a semi-arid environment and a more fertile one due to the proximity to the Guadahortuna river.

On a large ravine is the Puente del Hacho, a XNUMXth-century French construction which, due to its metal structure, is thought to have come from the Eiffel workshops.

In the Cortijo de El Peñón, four kilometers from the city, is the famous Solana stone, a sort of natural fortress that reaches 1.233 meters above sea level.

It is a place made up of three huge rocks which, as confirmed by the remains found on the site, were used in medieval times as a refuge for the inhabitants of the area.

The first human settlements of Alamedilla date back to the Paleolithic and Neolithic times. Later the land was inhabited by Iberians, Romans and Visigoths, of which some remains are preserved.

But the foundation of this city is attributed to the Muslims, even if in the fifteenth century Alamedilla was nothing more than a farmhouse among the many that dotted the territory.


Under Arab rule it had many inhabited places around what would later become its main core.


In 1489 it was reconquered by the troops of King Sancho de Castilla.

The city has an important gastronomic tradition. Homemade preserves such as ribs in oil, loin, sausages or black pudding and dishes such as meat with roasted red and green peppers.

The main ingredient of alamedilleros dishes is extra virgin olive oil which, combined with natural products from the garden, accompanies most of its specialties.

Main monuments
Chiesa parrocchiale of Our Lady of the Assumption
Puente del Hacho, heart of iron

add a comment of Alamedilla, a town with a very ancient history