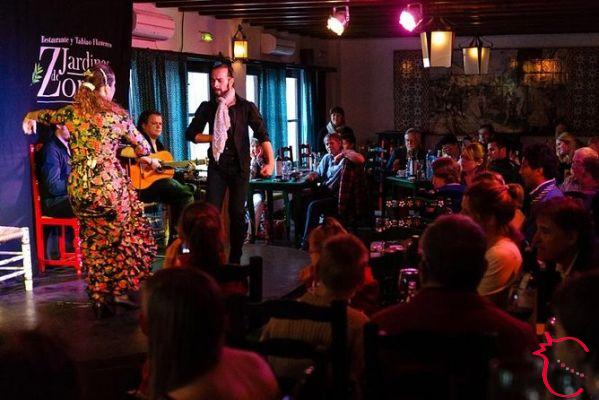 Looking for Christmas concerts and shows in Granada? Let's find out together the offer for 2018.

Located in a special setting such as the Alhambra enclosure, next to the Carmen de los Mártires and the Manuel de Falla House Museum, this Auditorium offers concerts all year round and is the home of the Orquesta Ciudad de Granada (OCG).

The traditional Family Concert with popular Christmas carols of the world, this year it will take place on Thursday 20 December at 18:00 and 20:30 and will see the participation of several children's choirs from Granada and its province.

Another tradition that takes place at Christmas in the Manuel de Falla Auditorium is the Concert of El Mesias. This year's concert will be held on Friday 14 and Saturday 15 December at 20:30 under the direction of Lluís Vilamajó and with the participation of the OCG Choir, directed by Héctor Eliel Márquez.

The show will take place on Thursday 27 December at 19:00 GRANADA FAMILY CHRISTMAS “Rock for the whole family”.

And to say goodbye to 2018, the traditional New Year's Concert which inaugurates the program of the Manuel de Falla Auditorium for 2019.

For more information and telephone reservations: 958 222 907

Palace of exhibitions and congresses

The Palacio de Exposiciones y Congresos in Granada is located in the center, next to the Genil River.

For the little ones Rapunzel the musical, Sunday 23 December at 18pm.

And finally the Rock en familia show ‘The Beatles for Christmas’ which will take place on Sunday 30 December 2018 at noon.

For more information and telephone reservations: 958 246 700

This ancient and emblematic building located in the heart of the city is the only theater that has survived the passage of time in Granada.

For this Christmas 2018 the theater presents Christmas toast, with operettas, operas, traditional Christmas carols, soundtracks of famous films, etc .. interpreted by the best voices of Spanish opera. It will take place on December 14th at 20:30 pm.

For the little ones, there comes the Puppet Company Etcetera with his new show 'The Toy Box'written by Claude Debussy in 1913 for his daughter. The show will take place at 19pm on December 00nd and 22th. Double session at 25pm and 12pm on December 00rd.

Il Christmas circus of the Cía. El Gran Dimitri. A show that wants to recover the tradition of going to the theater with the whole family to see a circus show. It will take place on January 2, 3 and 4, 2019 at 19pm and on January 00 at 6pm.

At the ticket office of the Isabel la Católica Theater it is possible to buy tickets for events that take place not only in the theater but also in different parts of the city.

The Feria de Muestras in Armilla (Granada) has been celebrating Christmas for over 30 years by organizing one of the best fairs of childhood and youth, the oldest and longest lasting in Spain.

Juveándalus will have 14.000 m2 this Christmas, 3 pavilions and an outdoor space. There are 75 different workshops, exhibitions and sports activities for children and adults. A family program that everyone will enjoy.

6 euro ticket. For groups and families of four or more members 5 euros.

add a comment from Christmas concerts and shows in Granada