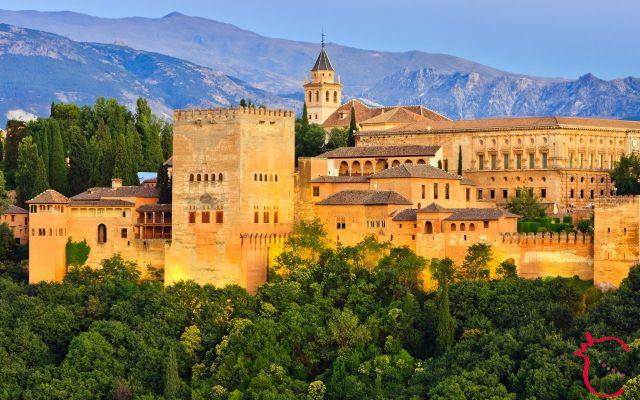 Are you planning your trip to Andalusia and want to get to know the tour operators in Granada to discover the city at its best?

Below we introduce you to the tour operators of Granada. Let's get to know them.

Granada City Tour organizes the official tourist bus service of Granada (Hop on-Hop off) which will allow you to get to know the city from a different perspective through a bus trip to the most beautiful areas of the Andalusian city. The essence of the Granada City Tour can be defined as: high quality transport service which joins the Alhambra, the Albayzín, the commercial center of the city (Calle Alhóndiga and Plaza Mariana Pineda) and the Realejo district. All this with 4 unique and exclusive buses that run every 15-20 minutes. A bet to get to know Granada in depth with a price within everyone's reach.

Play Granada is an alternative tourism agency, among the best reviewed in Spain by tourists and travelers who want to experience the city in a different, fun and unique way. With 10 years of experience, Play Granada offers travelers the possibility to plan their visit to Granada in a quick and at the same time profound way. What matters is to get to know the city by discovering aromas, sounds, food and traditional culture.

Granavision Excursions is one of the opportunities to discover the wonders of Granada and Andalusia from a local perspective. It offers guided tours of the Alhambra; local visits through historic or Muslim Granada; excursions throughout the province as far as the Alpujarras, the Costa Tropical or the Sierra Nevada; tours from Granada through Andalusia, such as Seville, Ronda or Cordoba. Visit the website for all tours, details, meeting places and prices.

We know that the best way to discover the beauty and secrets of Granada is to walk, so all itineraries and visits are on foot.

Caminando Granada began to develop in 2014 with the intention of offering an alternative to traditional sightseeing. They believe in quality tourism, sustainable and respectful of both tourists and the environment. I'm from Granada, they love their land and the only goal is that the experience in Granada is unforgettable.


They collaborate with independent professionals, accredited official guides who know Granada in depth and are trained to offer you the highest quality. The official guides will show you: the Royal Chapel, the Cathedral, the Alhambra, the Albayzín and Sacromonte neighborhoods, adapting to your needs to visit Granada.

add a comment from I tour operator in Granada