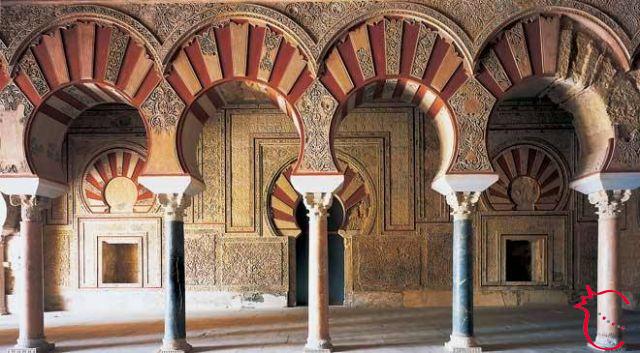 Everyone knows the Camino de Santiago but there are other lesser known but equally surprising routes in Spain: the routes of the Al-Andalus heritage.

The itineraries of the Andalusian heritage, or of Al-Andalus, develop through paths marked out to make the kingdom of Granada communicate with the rest of Andalusia, Murcia and Portugal.

These paths were not chosen at random, they all come from ancient times. Some of them were born out of the need to supply the capital of the Nasrid kingdom with products such as fish and meat. Others are famous for being traveled by famous travelers such as Münzer or Ibn al-Jatib.


Over time the route changed and the cities began to communicate without crossing the villages. However, the ancient streets still survive (and not just in books) showing the traveler the traces of their history.

The routes lead us today to more than 280 villages, many of which are far from the usual tourist circuits, offering the traveler the opportunity to enjoy peaceful landscapes, crafts, gastronomy, folk festivals and customs of the cities and towns they pass through.

On some stretches, these paths can be crossed: on horseback, by bicycle or on foot.

In this article we will talk about 4 paths of the Al-Andalus legacy:

Route of the Caliphate:

The Caliphate itinerary unites the two most important centers of the Arab period in Spain: Cordoba and Granada. The route passes through the Sierras Subbéticas Natural Park, with its peaceful villages and passes through other mountainous areas, such as the Sierra de Moclín, Sierra Elvira and Sierra de Huétor, on the edge of the Granada plain. The Caliphate route can be completed with excursions to the Sierra Nevada or to the villages of the Alpujarra.

There are several hotels and guesthouses along the way. The offer is wide in Cordoba and Granada. It is also possible to find some apartments and campsites.

Route of the Alpujarras

This itinerary connects Granada with Almeria through a series of stages that allow the traveler to get to know the landscapes of the Sierra Nevada, the Sierra de Gádor and the Contraviesa.

Along this route you will encounter numerous remains of the ancient medieval fortifications and a priceless heritage of the Muslim era. In addition, the Sierra Nevada National Park offers the view of very high peaks such as Mulhacén or Veleta.

This road that connects Almeria and Granada through the Alpujarra is one of the most varied and surprising routes in Europe. Starting from the Mediterranean Sea to the fertile plain of the Genil River, the route crosses the Tabernas Desert.

Leaving the Alpujarra, we reach the Lecrín valley, after the Suspiro del Moro we arrive at La Vega sud (known as “La Campana“) to reach Granada. Through the streets you will be able to learn about the dramatic events that ended with a civilization whose legacy is one of the main riches of the Andalusian people.

This tour starts from the city of Malaga and follows the routes described by the geographer Al-Idrisi. Nature, valleys, lagoons, forests and natural parks, as well as architecture, traditions, customs and gastronomy are steeped in Andalusian history. This itinerary has particular climatic conditions, in the stretch between Malaga and Motril there are the necessary conditions to grow fruits typical of tropical climates.


The traveler traveling the Al-Idrisi road will be able to visit the coastal villages of Malaga, Nerja or Almuñecar, small enchanted coves and caves, and inside you can enjoy the spectacular view of the almond trees of the Lecrín valley or the wetlands around the lagoon of Padul until you reach the dreamy Nasrid city of Granada.

Route of the Nasrid

The Route of the Nazaríes is a tourist route, belonging to the group of the so-called Routes of Al-Ándalus, which connects Navas de Tolosa to Granada.

The route crosses the borderlands between the provinces of Jaén and Granada, which formed the Muslim and Christian defensive lines in the XNUMXth and XNUMXth centuries.

You can see the remains (some well preserved) of numerous watchtowers, fortifications and castles that were the scene of the territorial struggle between Moors and Christians in the unstable eastern border of Al-Andalus.

Among the most significant remains we remember the towers of Iznalloz, Torre Candela and Deifontes in Granada or the castles of Cambil, La Guardia Montejícar, Píñar and practically all the towns along the way as well as the Arab baths of Jaén.

At the same time, it is inevitable to mention the inclusion in the path of the historical heritage of Humanity of Úbeda and Baeza, as well as the beautiful landscapes of the Sierra Morena Natural Park and the Natural Park of Sierras de Cazorla, Segura and Las Villas.

For more information on all the routes visit the website: www.legadoandalusi.es

What to see in Alhama de Granada, an Arab joy

add a comment of The paths of the Al-Andalus heritage

We have been able to provide in 97% of times, the solutions that users were looking for when consulting our page.