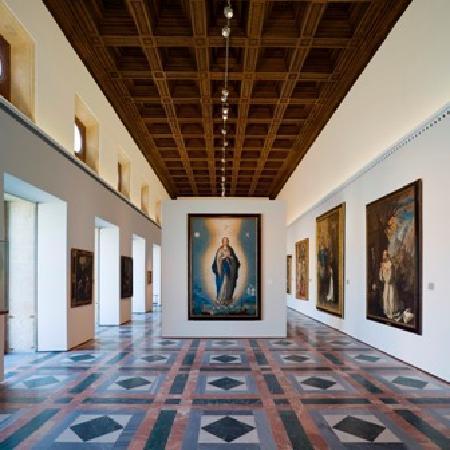 Have you seen the museum of fine arts in Granada?

Inaugurated in 1839, the museum was moved in 1950 to its current location, the Palace of Charles V, (a masterpiece of Renaissance architecture by Pedro Machuca) in the gardens of the Alhambra.

The museum houses about 2.000 works including paintings and sculptures and is divided into four main sections:


Subsequently, through the acquisitions of the Junta de Andalucía and the donations of private individuals, they filled the existing gaps, managing to complete a large part of the artistic panorama of Granada until the XNUMXth century.

Among the most relevant artists we find works by Sánchez Cotán or Alonso Cano, Manuel Angeles Ortiz, Manuel Rivera or José Guerrero. Also of great interest is the sculptural group "The burial of Christ", the work of Jacobo Florentine. It is also possible to admire works from old convents and churches in Granada.

Inside the museum there is also a library that contains many books on Renaissance and Baroque painting and sculpture, restoration and museology.

All public holidays, including local ones, are open, except on the following days: 1st January, 6th January, 1st May, 24th December, 25th December and 31st December.
Monday closed

Free admission:
- students
- EU citizens
- pensioners
- over 65 years old
- members of ICOM
- people with a degree of disability equal to or greater than 33%

How to get to the Granada Museum of Fine Arts:

Bus: you can reach the museum on the C3 Alhambra Bus lines, the stop is called 'Alhambra'
Car care: it is possible to use the Alhambra car park

Monuments of Granada to see in two days ❯

add a comment of The museum of fine arts of Granada