The legends of Granada 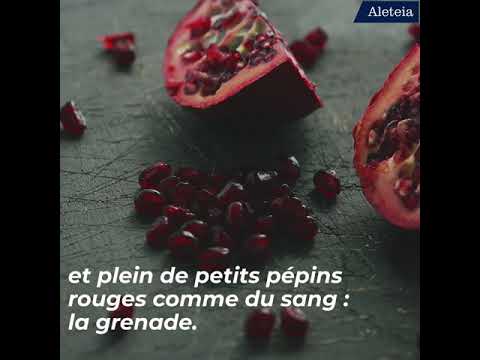 Do you want to discover the legends of Granada?

Like any important city of art, Granada too has the stories and ancient legends handed down from generation to generation that make it a location with a suggestive charm.

The legends of Granada. Let's find out.

The Legend of the Moor's Sigh

According to legend, the last king of the Moors in Granada, the pacifist Boabdil (Abu Mohamed Abdalahyah), surrendered to King Ferdinand and Queen Isabella of Spain in 1492 without a fight. Following the victory, the Catholic Monarchs snatched the last fort from Muslim domination and the Moorish king and his entire entourage were banished from Granada. Legend has it that when the city was handed over to King Ferdinand, Boabdil burst into tears, so much so that his mother, Ayesha, caught by surprise and fury, scolded him, exclaiming: "Cry like a woman for what you could not defend as a man ". When from the top of a mountain not far away Boabdil stopped to look at the lost city one last time, he sighed (Il Sospiro del Moro).

The Legend of the Solar Clock

Another of Granada's most famous legends is based on considering the Alhambra complex as a large sundial. According to legend, the monument would be similar to a sundial capable of calculating the passage of the hours of the day through the analysis of the sunlight reflected on its walls. Especially at noon, it is possible to appreciate how the rooms are completely divided in half thanks to the effect that the shadow casts on them.

The name of the hall takes its name from a tragic legend in which 36 members of the noble family of Abencerraje were invited to a banquet in the palace of Sultan Abu Al-Hassan (Boabdil's father). The sultan wanted revenge after discovering that Hamet, the head of the Abencerraje family, was courting Soraya, his favorite concubine. During the banquet, he let his guards into the room and had the throats of all family members cut, then throwing the heads of the victims into the fountains. Legend has it that the stain visible today on the bottom of the fountains is the blood of the victims left as a permanent reminder of the horrible massacre.

The legend of the Moro chair

Legend has it that King Boabdil's misconduct led to a major mutiny in Granada. To escape the people's rebellion, the king had no choice but to take refuge on a nearby hill. From its top he followed the evolution of revolutionary events sitting on a chair. Hence the legend of the Moro chair (the Silla del Moro).


The Legend of the Soldier's Spell

Don Vicente was a student from Salamanca who loved to travel during the summer playing the guitar in the villages and earning money with his songs. Arriving in Granada on the eve of St. John's Day he met a soldier on guard. Don Vicente asked him who he was and the soldier replied that he had been taken prisoner in an attack on the Moors 300 years earlier. He also told him that he had been the victim of a spell that forced him to keep the treasure of Muslims for Christians. The spell allowed anyone to see him and release him only temporarily once every 100 years, precisely on the eve of St. John's Day. The desperate soldier promised Don Vicente half of the treasure in exchange for his help. His mission was to find a fasting priest to free him from the spell and a pure maiden to open the treasure chest. Don Vicente went out to seek help and found a chaste girl and a priest with an insatiable appetite. The priest had to do his best to ignore his appetite. Once Don Vicente, the priest and the girl reached the foot of the tower, the crypt appeared. Don Vicente began to fill his pockets with gold, the priest greedy for fruit. John's night was over, but the spell had not been undone (The priest had eaten too soon). According to legend, the soldier is still a prisoner in the tower and can be admired guarding the Treasury of the Alhambra.

The dollhouse 'of the Paseo de los Tristes


Along the Paseo de los Tristes, across the river there is a building that some call the Hotel del Reuma and others describe it as a typical doll's house. The truth is that this curious place was built in 1910 on a former wicker factory. Baptized with the name of 'Hotel Bosques de la Alhambra', today it is thought to be haunted. The hotel was closed in 1916, because being in the Alhambra forest near the Darro River, it was full of humidity. Someone thought that a place with such unfavorable environmental conditions could be transformed into a hospital. Legends say Manuel de Falla and Federico García Lorca spent many summer afternoons in this palace. In the 40s a congregation of Freemasons took over the old hotel which is now uninhabited. But the legend continues… Some claim that during the nights it is possible to see the ancient spirits of the patients who died there.

Leggenda of the Court of the Lions

Legend has it that once, many years ago, there was an Arab princess named Zaira. She was beautiful, intelligent and sensitive, unlike her father the king who was cold, cruel, evil and stingy. Once the two went to Granada for a short stay at the Alhambra. The princess was so excited to set foot in Granada that everything seemed like a dream to her. Zaira felt more Granadine than African, because her country seemed like hell to her. But the king's hatred was such that he forbade her to go out into the streets and interact with people. His only company was a talisman and he spent most of his time in a courtyard of the Alhambra. One day a boy jumped over the fence and told her he had seen her from the outside and loved her very much. The princess urged him to leave, because if his father found out, he would not hesitate to cut off his head. Zaira and Arthur met again, but the king saw him and locked him in prisons. A little later the princess, desperate because her beloved might die, found her father's diary in a room. She thought she shouldn't have read it, but something inside made her open it. In one of the pages, which had been written when the princess was only one year old, it said: “I have already killed the king and queen. I took pity on Princess Zaira. Thanks to my eleven men, I managed to occupy the throne, now she will believe that I am her father. I hope the princess will never understand the curse of her talisman ”. Zaira, confused, called the king and his eleven men and gathered them in the courtyard where she spent the hours. He asked the king if this was true. The king, convinced that with his eleven men at his side no one could have touched him, told her the truth. Zaira remembered that her mother had placed a curse on the talisman and that the day Zaira discovered the truth, something terrible would happen to the king and his eleven men. At that moment the amulet was activated. Zaira felt the anger of a lion and the talisman transformed the king and his eleven men into stone lions. Since then, that courtyard where Zaira spent long hours has been known as "Courtyard of the Lions”And its fountain has twelve lions around it, who are the king and his eleven men transformed into statues for the eternal guard of the courtyard.

The legend of the Gate of Justice

A legend says that the construction of the Alhambra was so strong that, even with an attack of a thousand enemy armies, it would never fall. The day the key to the inner arch of the Gate of Justice and the hand depicted in its outer arch were united, the Alhambra would fall and the end of the world would come. Another legend tells that the magnificence of this entrance to the Alhambra was such that no knight on horseback with his lance could have touched it. They were so sure of this, that in reality anyone could have succeeded by conquering the throne of the Alhambra without any problems.