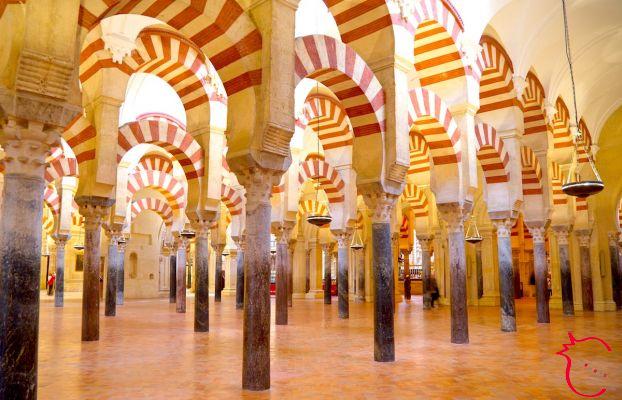 How to choose between two wonderful cities?

One of the most difficult questions that comes to us daily on our Facebook page is: "Is Córdoba or Granada more beautiful?". We take a deep breath and try to be as objective as possible. But in the end it is a bit like the classic question “Do you love Mum or Dad more?”. Almost impossible to answer.

They are all 2 very beautiful, but at the same time quite different. Both have monuments and buildings that are worth visiting at least once in a lifetime. For this reason, we have written this article with the intention of giving you many arguments, similarities and differences so that you can decide which of the 2 cities you would like the most and which one could best suit your travel intentions. You will find our (totally subjective) opinion at the end of the article.


If you find yourself in the difficult situation of having to choose between Córdoba and Granada, here are some tips to help you in this difficult undertaking. The arguments that could make you lean towards one or the other are:

Both cities have a monument above all, which we could count as the seventh and eighth wonders of the world. Both are symbols and representations of the most extraordinary works of Islamic art as well as some of the greatest architectural constructions of all time.

Differences between the Mezquita of Córdoba and the Alhambra of Granada

The style of the city

We want to immediately underline that the affirmations we will make later we obviously do in a very general sense. Both cities have a mind-boggling charm and it makes it difficult to describe them in a few words.


Córdoba and Granada are very different in style of city. Córdoba, for us, is more Andalusian city in features. With low houses all white, flower pots hanging on the walls ... in short, more particular and picturesque (as far as the historic center is concerned).

Granada, on the other hand, is more cosmopolitan. The center is made up of tall, newer buildings. “University life” is also very lively. There are many young people from all over the world who come to Granada for their university studies. For this reason, the youthful atmosphere is breathed in the streets of the city, where you can find more clubs and more "nightlife".

This is not to say that Granada is all in a modern style, rather it is enough to move a little and visit the Albaicín district or the Sacromonte, to feel totally transported to another era with a very fascinating atmosphere.

Situation with respect to the sea

In the province of Granada there is the sea. If you were in the mood for a bit of the beach or maybe a nice walk in the salty air, you could go to Motril in 50 minutes or to Almuñécar in 1 hour and 20 minutes.

Córdoba has no sea. The closest beach is in Málaga, about 2 hours by car.

Both cities have theairport, but Granada is the only one to be directly connected with Italy. There is a direct flight Milan - Granada with EasyJet company. Córdoba airport is smaller and only domestic flights operate. So if you want to go to Córdoba by plane you should stop in Barcelona or Madrid.

Period of the year.

The time of year could also be an aspect to consider when choosing to visit Granada or Córdoba.

Speaking of temperatures, it must be said that both cities are hot in summer. But if we had to choose a city that is warmer than the other, that is certainly Córdoba. There is always some degree of difference between the 2 cities. The proximity of Granada to the mountains and the sea means that temperatures are cooler than in the capital of Cordoba. Obviously, even in winter, for the same reasons, it will be colder in Granada. In terms of temperatures, spring and autumn are the seasons with the mildest climate and therefore ideal for exploring and discovering these beautiful cities.

In this part we show you which are the most important festivals in Granada and Córdoba. You can take it as an opportunity to get to know the city in its biggest and most festive days. Or seen from another point of view, like the dates to avoid, since they will be full of people and overcrowded. Consider that if you prefer the first option, the accommodations will obviously cost more and the availability of the same is limited, so you will have to book well in advance.

The most important holidays are between the month of May and June.

In Córdoba and Granada, as in all of Andalusia, it is very important Semana Santa,. (What would be Easter week in Italy - between March and April). In Andalusia it is a week where the streets of the historic centers are filled with devoted and non-devotees, who take part in the heartfelt processions full of religious images and sentiment.

Distance between Córdoba and Granada

In case you have decided to visit both cities, below we show you how to travel the distance that separates them:

We have already said many times in this article that both cities are beautiful. But if we really had to express a preference on the question “Is Córdoba or Granada more beautiful?”, Our totally subjective opinion is: as a city, we like Córdoba more. It is not for nothing that the historic center has been declared a World Heritage Site by Unesco. Its Jewish quarter (la Judería), the white houses, flower pots everywhere, narrow streets with many details, particular balconies… we fell in love with it!

However, (there is always a though), if we had to choose between Mezquita or Alhambra, we decide without a doubt the Alhambra. Its beauty, its greatness, its majesty, its power, its… ok enough. So the dilemma goes back to a 50 and 50 choice again!

The decision is obviously yours alone. We hope this information will be useful for you to make your choice. It is really difficult to answer the question of whether Córdoba or Granada is more beautiful. Indeed do you know what we tell you?

Visit them all 2 and hasta luegoooo! 🙂

From Seville to Granada: recommended on the road itineraries and connections available ❯

add a comment of Is Córdoba or Granada more beautiful?