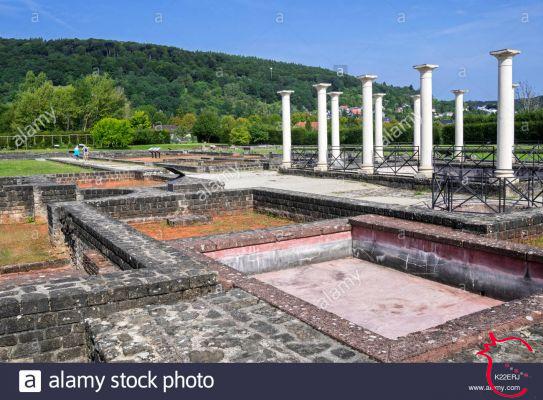 If you live in Granada or are visiting the province we suggest you visit Albolote, a town with remains of Roman villas and vestiges of the Paleolithic.

The municipality of Albolote, located in the fertile lands of the Vega of Granada and only 7 kilometers from the city of the Alhambra, presents itself as a municipality that combines its agricultural tradition with the development of the service sector.

Surrounded by magnificent landscapes, Albolote offers the visitor endless possibilities to experience contact with nature. In addition to the scenic attractiveness and botanical richness, there is the historical and archaeological interest of the remains of Roman villas and vestiges of the Upper Paleolithic. Albolote is also part of the so-called Ruta de los Nazaríes, a tourism and cultural project of the Legado Andalusí.


A bit of history

The first remains of settlements are from the Palaeolithic era, located in the area of ​​the Cubillas basin. It is also possible to visit the archaeological remains of a Roman villa from the XNUMXrd century AD

However, the birth of Albolote as a municipality dates back to the Nasrid period and is linked to the abundance of holm oaks in its surroundings. In fact, its name, al-Bulut, means precisely holm oak.

In the municipality of Albolote, in 1431, the battle of La Higueruela took place. Juan II of Castile and his don Álvaro de Luna at the head of the Castilian troops went down the slopes of the Sierra de Parapanda and camped in the area of ​​Maracena and devastated the Vega.

Route of the Nasrid

This route of El Legado Andalusí is dedicated to the Nasrid dynasty. The route connects Jaén to Granada, which reaches the south face of the Sierra Mágina to the heights of Cambil and Huelma. From here, the itinerary changes province and goes to the Eastern Mountains region of Granada from Guadahortuna, on the banks of the river that flows to the east.

The plateau continues from Guadahortuna Pinar to Iznalloz where it crosses the valley of the Cubillas river and the mountain massif of the Sierra Arana with its abysses and its characteristic caves, a pass that exceeds 2.000 m. and introduces you to the mountains of the Sierra Nevada. The last stages of the route are Albolote, Maracena and Granada.


It is an itinerary that traces the events of two villages (Jaén and Granada) in constant confrontation of ideas, beliefs and customs.

The Arabs have left their mark in the cuisine of Albolote with dishes of the Arab-Andalusian tradition.

The visitor can taste the typical porridge, various salads with vegetables and fruits of the earth such as beetroot, stew, granada soup or partridge. But you cannot leave Albolote without having tasted its typical dish: rice with rabbit.

Rent a room in Granada ❯

add a comment of Albolote, to discover the remains of Roman villas and vestiges of the Paleolithic