Trev├®lez, famous for its delicious hams 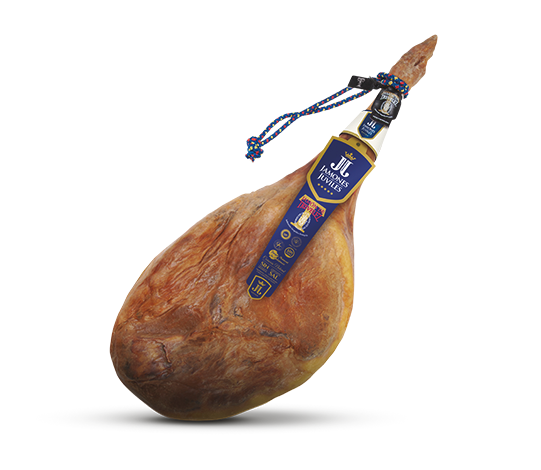 If you live in Granada or are visiting the province we suggest you visit Trev├®lez, famous for its delicious hams.

Trev├®lez is located at the highest point of the Alpujarra. It is the highest village in Spain at 1476 meters above sea level.

Trev├®lez's hospitality and cuisine are excellent and the local ham, recognized as Protected Geographical Indication (PGI), is unsurpassed.

The city center retains the typical architecture of the Alpujarra, with its steep streets, small white houses with flat roofs and the typical ŌĆ£tinaosŌĆØ.

The surrounding natural area is very rich and includes the slopes of the Sierra Nevada, the Siete Lagunas, the Pico del Rey, Alcazaba, Vacares, Cerro Pelao and Mulhac├®n. This area is ideal for hiking and other nature-related activities, including trout fishing in the R├Ło Trev├®lez.


The most important local festival is that of the Virgen de las Nieves, celebrated on 5 August. The inhabitants of Trev├®lez make a pilgrimage to Mulhac├®n at night to watch the sunrise from the highest peak in the Sierra Nevada.

Some believe that the village is named after the three V├®lez brothers, who were the first settlers here and lived in different parts of the valley. In another version the name is of Iberian-Latin origin and refers to the valleys (ŌĆ£velexŌĆØ) in which the village is located: the valleys of the R├Ło Chico and the R├Ło Grande.

Before suffering the aftermath of the Muslim revolt, the city had a large mosque and two Rabitas, and the area enjoyed excellent crops of wheat and barley. In the following centuries, thanks to its climate, Trev├®lez developed an important pork industry and today it is famous for its delicious hams.

The history of the Trev├®lez Ham Specific Quality Designation dates back to 1862, the year in which the national gastronomy competition was held. On that occasion, the Trev├®lez ham and Queen Isabella II of Granada was offered the privilege of stamping the crown seal on this tasty ham.

The fame obtained by this ham is largely due to its particular salting and curing process, carried out in a completely artisanal way.

For a few days the meat is covered with sea salt in a proportion of one kilogram of salt per kilogram of the animal's thigh, after which it is washed and hung during the coldest three months of the year. The seasoning is entrusted to the hot season.


After about six months it is the turn of aging, the last part of the process that occurs during the following months of autumn and winter.


The macrobiotic flora that develops at certain heights influences the fermentation process of Trev├®lez ham, granting that particular flavor, less salty than other hams of similar quality.

The quality designation imposes a number of requirements.

The hams must come exclusively from Landrace, Large-White and Duroc-Jersey breed or from their crosses; they must be cured in a natural area with determined factors of altitude (over 1.200 meters), temperature and humidity.

From Malaga to Granada: recommended itineraries and connections between the two cities ❯

Is C├│rdoba or Granada more beautiful?

add a comment of Trev├®lez, famous for its delicious hams