The twin cities with Granada 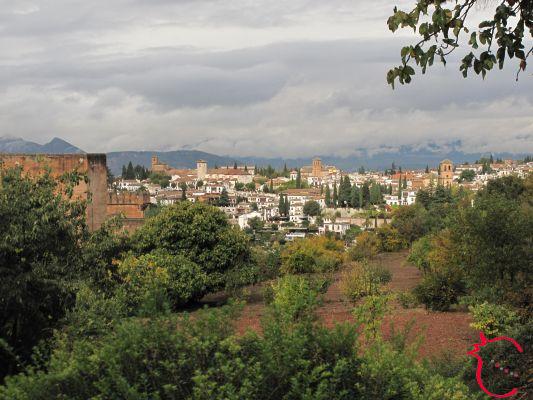 Did you know that there are eight twin cities with Granada around the world?

Twinning is a symbolic link established to develop political, economic and cultural relations. There are various types of twinning, between institutions, organizations and schools and other subjects. These unions are born to foster human and cultural relations, to promote and strengthen, within the context of cultural, historical, social, economic and geographical perspectives, the common elements of the figures who carry it out.

Granada is twinned with eight municipalities in the world. In some cases the Municipal Tourist Information Office offers citizens the opportunity to be nominated with the title of “Ambassadors of Granada” (with the diploma included), during visits to the city of the Alhambra.

Aix-en-Provence is a commune in southern France located in the Bouches-du-Rhône department, in the Provence-Alpes-Côte d'Azur region, seat of a sub-prefecture and former capital of the historic region of Provence. Also known as the "City of a Thousand Fountains", it is one of the twin cities of Granada with which more cultural exchanges are established annually.

Belo Horizonte is a city in Brazil, capital of the state of Minas Gerais since 1897, the year in which its construction was completed, a project by engineer Aarão Reis. About 30% of the citizens of Belo Horizonte are now Italians. The city develops on the left bank of the Rio das Velhas. The twinning with Granada was established with the aim of improving cultural and economic exchanges. The Andalusian city is interested in the prestigious theater school of the University of Belo Horizonte, while the Brazilian city is interested in flamenco and Granada painting.

Coral Gables is a suburb of the United States of America, in the State of Florida located in Miami-Dade County. It is completely independent from Miami despite being a neighboring one. Granada has signed the twinning with Coral Gables for its history and for having American citizenship. Many street names allude to the city of Granada.

Freiburg im Breisgau is a suburban city of 229.144 inhabitants in southwestern Germany, the fourth largest in Baden-Württemberg after Stuttgart, Mannheim and Karlsruhe. It is located in the south of Baden-Württemberg, about 15 km from the French border and 50 km from the Swiss border. It rises on the edge of an area of ​​volcanic origin and enjoys a particularly favorable climate, the surrounding areas are in fact known for the production of wines. This city about 1.500 kilometers from Granada has a very similar size and almost the same university atmosphere. Furthermore, due to the Black Forest this city is very close to the natural environment around Granada.

Marrakech, or Marrakesh, is a city in Morocco located in the center-south of the country, about 150 km from the coast of the Atlantic Ocean and is the capital of the mid-southwest region of Marrakech-Safi. Among the major cities of Morocco, Marrakech is the most important of the four imperial cities. In addition to being twinned, the mountain ranges of the two cities (Sierra Nevada and L'ouameam) also have the same bond and jointly organize international mountain competitions.

Palermo is an Italian town of 671.042 inhabitants, the capital of the metropolitan city of the same name and of the Sicilian region. It is the fifth Italian municipality by population and the main urban center of the island of Sicily and of insular Italy. It has been twinned with the city of Granada since 2006. The Jewish community was expelled or converted after 1492, due to the Granada decree, following the expulsion of the Moors from the Andalusian city. The Jewish quarter was divided into two parts connected to each other by the Pubblica via (which later became via Mastrangelo): the district of Meschita (near via Giardino and via Calderai) and the district of Guazzetta (near via Lattarini and vicolo Corrieri) .

Tétouan, or Tetuan, is a city in northern Morocco, located on the slopes of Mount Jbel Dersa. Former capital of the Spanish protectorate, it is still today the administrative capital of the western Rif and is an important industrial and commercial center in the food, textile and cement sectors. Also known as “The White Dove”, Tetuán was founded by Andalusian exiles and is therefore very similar to Granada. It is also twinned with the city of Píar.

Tlemcen (800 meters above sea level) is a city located in the north-west of Algeria, 520 km from the capital Algiers and 76 km from the Moroccan city of Oujda. Capital of the province and district of the same name, it has an estimated population of 140.000 inhabitants. The Ziyánides of Tlemecén had many pacts and alliances with the Nasrids of Granada and was considered the twin city of Granada in Africa.

The unknown path around the Alhambra ❯

add a comment of The twin cities with Granada