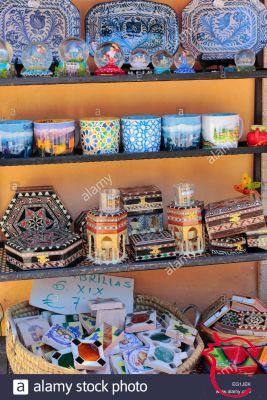 The situation with the pandemic and restrictions is changing. For more information read the Coronavirus update in Andalusia.

A Granada what excites is what he tells us Velia, author of the blog At the end of a journey and who is taking part in the weekly review today "Andalusia with your eyes".

The Alhambra of Granada.

Granada: from the Alhambra to the Albaicín

Granada she is a charming and flashy lady, who exudes elegance from every gesture. When it passes you can't help but turn around to look at it and then be amazed by the splendor and richness that emanates from each of its movements. Just as it is impossible not to be enchanted in front of the immense treasures it hides inside every church, chapel and monastery.


See also -> Tips for buying the ticket for the Alhambra

When you cross theAlhambra the lady catches you holding on to the thread of a story that tells of dominations, splendors and distant cultures; it captivates you with the grace of the flowers and the water games of the gods Generalife Gardens and you will definitely fall in love with a look at the panorama of the small white city observed from above.

Fantastic life of the Alhambra from San Nicolás.

Granada she is also a young girl with an agile step, who loves to stay out late on summer evenings, surprised by how the air finally becomes crisp after 40 degrees of the day. During the day, the young woman likes to get lost in between the alleys of the Alcaicerìa, in search of shapes, colors and flavors that almost make her forget she is in Europe. And then, when the sun goes down and the colors of the sunset begin to come alive in the sky, he sets off and walks through the hills that lead to the uptown of Albaicin and Sacromonte to admire the houses carved into the rocks and the traces of the gypsy communities that those areas had inhabited.

He interrupts his journey only occasionally to stop and listen to some lonely musician who, along the Carrera del Darro, on the small bridge, he delights passers-by with his saxophone. And come to Albaicin he stops in the usual square for a glass of wine, a chat and a few notes of flamenco at the usual inn.

Details of the Alhambra.

But she is also very little girl, Granada. Especially when, sitting astride the wall that borders the square of the Mirador San Nicolas, remains silent and glues his big and amazed eyes to the panorama of theAlhambra illuminated, in the evening.

And in short, it has no age, Granada. Or rather, it contains all and none. What is certain is that it enchants, whatever its face.