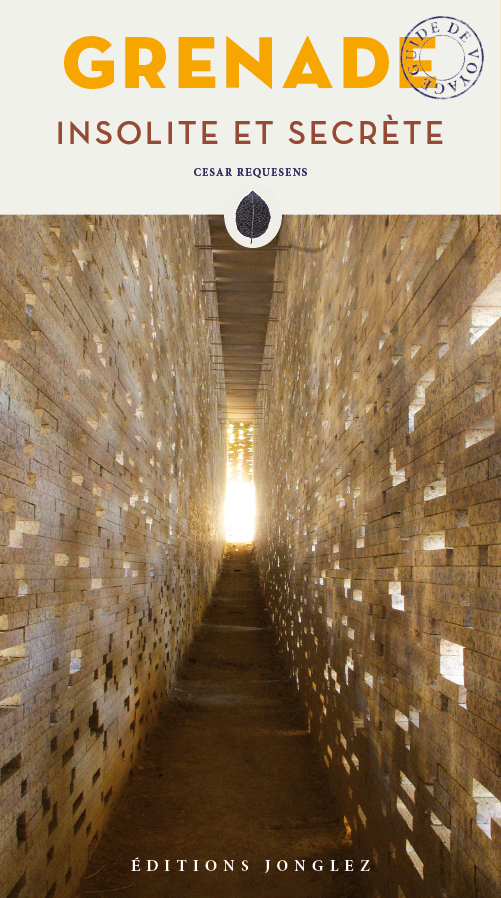 Do you want to know an alternative and secret Granada?

In this article we introduce you to the Secret Granada team that works to tell the city in an unconventional way. Let's find out.

Founded in 2007, Granada Secreta represents one of the most modern interdisciplinary structures dedicated to unconventional cultural tourism.

Much of the project was created by the journalist and writer César Requesens. The initiative is based on the fact that most of the tourists arriving in Granada only know the Alhambra, but not the rest of the city.

The guide "Granada Insólita y Secreta" (Ediciones Jonglez) tells of an unknown city that opens its doors to allow you to get to know its most special corners.


Far from the masses, small groups and common clichés, Granada still holds hidden treasures that are revealed only to locals and travelers who stray from the classic routes.

Each of the guides brings a different taste linked to their personal history linked to Granada. The team is in fact made up of journalists, philosophers, tourism professionals, art historians, philologists, writers, able to offer not only a guided tour, but an experience in which one becomes part of the history and the place through the story.

The Granada Secreta team has designed a series of cultural itineraries to discover the city of Granada based on the philosophy of the unique guide “Granada Insólita y Secreta”.

Unconventional tourist circuits, small groups, little-known and busy spaces and above all dedication and love for guided tours including: Granada Magica, Albayzin obscure, Legends of the Alhambra, Discovering the houses of the Moors and Nazaríes, Albaizin Segreto, Passaggi and prisoners of the Granada of Nazarí, The secrets of Nature, The secret Alhambra.

Remember that if you want to make one of the tours of Secret Granada you need to book using the website, through social networks (Facebook or Instagram) or physically, in the Chalo kiosk and Plaza Nueva.

Attention to the customer

Secret Granada
Routes and guided tours of Granada beyond the conventional

Prepare the tortilla of the Sacromonte of Granada ❯