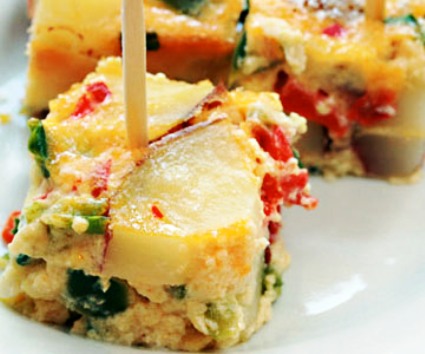 Do you want to prepare the typical granadina tortilla at home?

The difference with the famous Spanish tortilla is that in the preparation of the recipe the Sacromonte tortilla involves the use of the entrails and other ingredients such as peas or walnuts.

In Granada there are several varieties of tortilla and in particular its preparation is linked to the day of San Cecilio and to the Sacromonte Abbey. The recipe is really simple. Let's find out.


Recipe to prepare the Sacromonte tortilla in Granada

The ingredients for a tortilla for 4 people are: 6 eggs, about 100 grams of lamb brain, 150 grams of lamb's milk, a beef marrow, a glass of white wine, salt, a tablespoon of oil and a bay leaf. .

The game is done. Enjoy this delicious tortilla from the Sacromonte of Granada.

Where to eat in Granada: restaurants and tapas bars overlooking the Alhambra