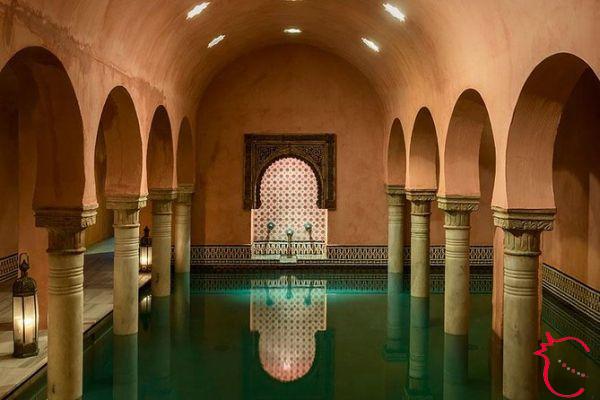 Are you in Granada and need a moment of relaxation and tranquility? You can't miss the Hammam Al Ándalus Arab bath!

A hammam (Arabic, حمام), also better known as an Arab bath, Turkish bath or hammam is a steam bath that includes cleansing the body and mind and creates an excellent state of relaxation.

By extension, the buildings that housed the bathrooms are also called in the same way, the structure of which had several rooms dedicated to this cleaning-purification process.

Arab baths have also played an important role in Middle Eastern cultures as a social meeting point, ritual hygiene and as a definition of architectural elements.


Europeans knew them through the Ottomans and in Eastern Europe they were very popular during the Victorian era.

The Hammam Al Ándalus was created to recover this ancient tradition. In Spain there are a large number of historic buildings which, at the moment, are called "hammams", practically in all cities of the south-eastern peninsular.

If you are in Granada, you cannot miss this fantastic experience. Immerse yourself in the past through the millennial ritual of the Arab bath. A tour of the culture of water and the aromas of the time for the well-being of body and mind.

These are magnificent Arab baths located at the foot of the Alhambra palace complex.

Visit the site to find out about the complete service charter and today's promotions.