Are you in Granada and want to park without spending a euro? You're in the right place. In ForGranadaLovers we tell you all the places where you can park for free. Let's get to it! 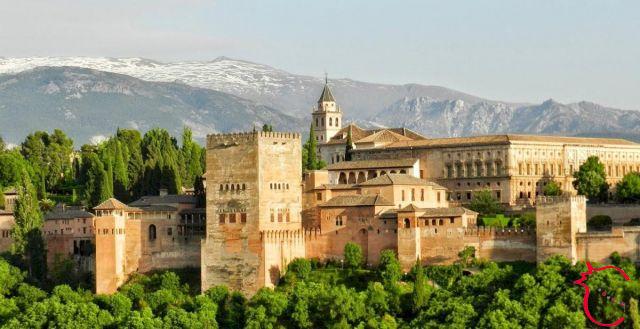 Are you in Granada and want to park without spending a euro? You're in the right place. In ForGranadaLovers we tell you all the places where you can park for free. Let's get to it!


Before pointing out the areas where you can park for free in Granada, it is necessary to list the main difficulties you will encounter when visiting the city by car.


The blue zone, which is the main one in the city centre, extends to many neighbourhoods in Granada, some of them not so central, such as El Zaidìn and Ronda, so we suggest you reserve a space for your car, avoiding excessive costs and time limits.
Granada also reflects its Moorish and Jewish heritage in the structure of its streets. Mostly narrow and uneven, they make it difficult to find a free parking space even in areas such as the Albaicìn, as a bad manoeuvre could damage your vehicle.

Areas of Granada where parking is not recommended


There are areas where you can park for free, but it is not recommended because they are totally unattended.
This is the case of the area of La Chana, a less touristic part of the Albaicín neighbourhood, as well as some areas of the Zaidín, which nevertheless have good access to the central area of the city. Therefore, it is worth looking for parking near the Nuevo Estadio de Los Cármenes.


Where to park for free in Granada

Having identified the areas to avoid and understood the main problems that can arise when arriving in Granada by car, there are still some options for free parking. The most recommended area is the Parque de las Ciencias and the Neptuno Shopping Centre, which is about 20 minutes walk from the centre.

If, on the other hand, you want to use public transport to get to the city centre, the Campus de la Salud and nearby places like Armilla, Ogíjares or La Zubia are perfect areas to leave your car for free.

Alternatives to park comfortably in Granada


Although you can park for free in Granada, be prepared to climb steep slopes and walk through hundreds of narrow streets with fascinating views. As a result, walking more than half an hour from the most monumental areas can mean arriving at the must-see Mirador de San Nicolas (where you get the best views of the Alhambra) exhausted and with little energy to appreciate such beautiful views.

Therefore, if you decide to visit Granada by car, it is advisable to use a private car park.

It is possible to reserve a parking space in central areas. Located between the Acera del Darro and the famous Paseo de Río Genil, the Violón car park offers advantageous rates. A different scenario is that of the San Agustín area, the closest to the Cathedral and where the use of video surveillance cameras and dissuasive pillars (used to regulate the passage of cars) is frequent.