When is the best time to visit Granada? It is a bustling city all year round, but the pace and activities vary from season to season. It's an attractive destination with something interesting going on at any time. At ForGranadaLovers we tell you everything you need to know if you can't decide between the 4 seasons. Let's get to it! 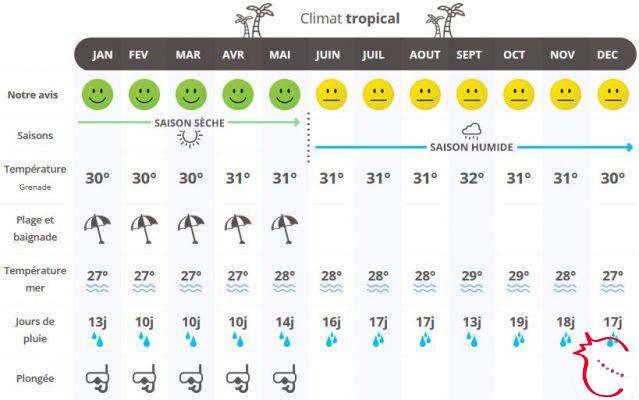 When is the best time to visit Granada? It is a bustling city all year round, but the pace and activities vary from season to season. It's an attractive destination with something interesting going on at any time. At ForGranadaLovers we tell you everything you need to know if you can't decide between the 4 seasons. Let's get to it!

The weather in Granada

It seems strange, but Granada has a climate that tends to be continental, with a difference in temperature between summer and winter, as well as between night and day, greater than the rest of the main Andalusian destinations. These conditions are due to its mountainous position (700 m above sea level) and above all to its proximity to the Sierra Nevada mountain massif. The mountains are located to the south of Granada and separate it from the Mediterranean coast, thus preventing the sea from mitigating the climate. For the same reason, rainfall is quite low and barely exceeds 400mm per year: the mountains block most of the rain-laden Mediterranean disturbances, so if it rains in Granada it is because of those Atlantic disturbances that manage to reach the city.

Despite the latitude, Granada's climate is paradoxically much closer to that of Madrid than that of other large cities in southern Spain. Both summers and winters, however, have less extreme temperatures than the Spanish capital, but in some months of the year a visit to the city may be less advisable than in others.

Spring in Granada is mild, but it is also the rainiest time of the year. With an average of one week of rain per month, there is a 25% chance of having to go out with an umbrella, especially in April. However, bear in mind that the rain in Granada is not monsoonal and can be tolerated without problems, in fact it is worth risking a few drops and visiting the city in the best months in terms of temperatures. As I mentioned, Granada's climate, although basically temperate, has some characteristics in common with the continental climate, firstly the seasonal change in temperature. The mid-seasons are, therefore, ideal for not enduring too extreme heat and cold.


The month of March in Granada ends the winter with average temperatures on the rise, usually already above 10 °. Nighttime lows barely dip too far below 5°, while daytime highs comfortably exceed 15°, often hovering around 17-18°. April is the wettest month of the year, but the average temperature above 13 ° confirms it as one of the best months for getting around the historic centre on clear days (which is still three quarters of the month).

Despite what the calendar says, June is already a summer month, in fact in some years May has already been considered summer by the citizens of Granada. The sunny June afternoons heat the streets of the city even above 30 ° and almost always above 25 °, even the nights are pleasant, with lows around 14-15 °.

July and August, although they are among the months with the highest tourist influx, would not be the most recommended if only the climatic aspect were taken into account. The average monthly rainy days, which in June is 2, tends to zero in the following two months. The lack of disturbances makes the temperature rises exponentially, which in both months always has an average above 25 °. The central hours of the day usually reach 30-35 ° (with peaks exceeding 40 °) and therefore it can be exhausting to move around the streets of the center if you are not prepared. Even if you're not at sea, a nice hat and sun cream can be useful.

September has average temperatures almost identical to June and is fully considered a summer month: moreover, the last weeks of summer are the best to extend the trip to the coast, where the chaos of August is subsiding, but the sea waters are still decidedly warm. . Precisely the warm months, although not the best for visiting the city, are to be taken into account if you want to combine a stay by the sea with a trip to the Sierra Nevada. Also in the centre of Granada, although at midday the heat prevails, once the sun goes down the streets fill with people, the bars start making tapas accompanied by cold beer and all the neighbourhoods take on a new face and a new vitality.

What we said about spring also applies to autumn: the mid-seasons are the best time to visit Granada.

October is the autumn equivalent of May: 5 days of rain on average, minimum temperatures above 10 ° and maximum temperatures below 25 °: ideal to spend many hours outdoors without the risk of fainting from the sun. Also in November, from the climatic point of view, it is a great choice. Temperatures are already cool enough compared to the previous month and it is necessary to bring some heavier clothing, but the average temperatures remain above 10 ° and rainy days are less than a week throughout the month.

Compared to spring, autumn has only one disadvantage : the flowering is lost. The Alhambra and the Generalife, the main attraction of the city, increase their charm in spring, thanks to the flowering of their gardens. However, this does not mean that they are not worth visiting during the rest of the year. In fact, as shown in the photo above, the autumn colours make Granada even more beautiful!

The semi-continental characteristic of Granada's climate means that December can already be considered a winter month. The temperature drops drastically and in the pre-Christmas period it is difficult to get above 12-13 ° in the hottest hours, while at night the thermometer averages 3-4 °. After April, December is the second rainiest month of the year, although it is difficult to exceed 7 days of rain per month. In this period the Atlantic disturbances arrive to wet the streets of Granada, but they are almost always light showers.


In January and February the rain continues, but it is never too abundant. However, temperatures drop, especially at night. In fact, the mercury column marks 2-3 ° on winter nights, with peaks that can even drop below zero. Temperatures of -11 ° and -9 ° were recorded in 2005 and 2012, but these cold records seem less and less likely in recent years. The highs, on the other hand, are never too low, staying on average around 11-12 ° in January and 14 ° in February. These data underline precisely the significant temperature range between day and night that characterizes the city.

Crime and security in Grenada ❯

add a comment of Best time to travel to Granada